Skip to content
Home » Blog » Why I Donate to Greenways and You Can, Too.

Yes, I own Liberty Bicycles, Inc. with my husband Mike.  We were both raised with a strong work ethic and a desire to give back to our community.  Before we owned Liberty Bicycles, Mike and I were bike enthusiast.  We did a lot of bicycle touring.  We got into the business because there were no bike shops in town that carried bicycle touring equipment and no one would order the equipment we needed.  Mike was a middle school teacher and had developed a bicycle curriculum for the State of NC and was given a huge sum of money for his efforts, $500.  We planned on riding from Asheville to the Outer Banks with a group of bike club members.  Mike bought a business license and we pooled our funds to purchase the equipment we needed.  This was the start of our bicycle business, at that time it was located in our home.

After being in business for several years I started hearing from customers who wondered if I would sell their bike because although they had been bicycle riders elsewhere, now that they lived in Asheville they were scared to death to ride their bike on our narrow country roads.  Some had been run off the road by car drivers.  This made me realize that if my business was to succeed, I would need to be involved in improving conditions and make safe places for people to ride their bikes.

Today Asheville is much safer than it was in the 1970’s even with the increase in the number of cars on the roads; however there are still many situations where people are afraid to ride with traffic.  There are many people who should not have to ride in traffic because they are very young, old or lack the skill.  Greenways and trails are perfect places for these folks to ride, however that can only happen if Greenways connect to places were people need or want to go.  When this happens they are great ways for people to get around without having to drive.

Friends of Connect Buncombe is a non-profit organization whose charter is to see that the Buncombe County Greenways Master Plan gets implemented.  Our organization has made a lot of progress since our inception in 2013 raising over $100,000 for a variety of projects.   Among these is the required match for Buncombe County to receive grants for greenway feasibility studies for a trail connection from Hominy Creek Park all the way to Lake Julian Park part the Farmer’s Market and Arboretum. We’ve also given funds to Black Mtn for future trail planning. We also joined forces with the Asheville breweries for the Brewing for Greenways (LINK) project and raised almost  $20,000, $15,000 of which was donated to the city of Asheville for a Greenway on the east side to connect Azalea Park to the Wal-Mart Greenway.

You can be a Greenway Connector by joining Friends of Connect Buncombe and /or participating in our events and donating funds for our efforts to connect the greenways that are already on the ground.  Wouldn’t it be great if kids could ride their bikes to soccer practice or to school?  What if you could ditch one of your cars and ride your bike to work?  Think about how much healthier you could be if riding a bike instead of driving was a reasonable options.   Please join Friends of Connect Buncombe today. 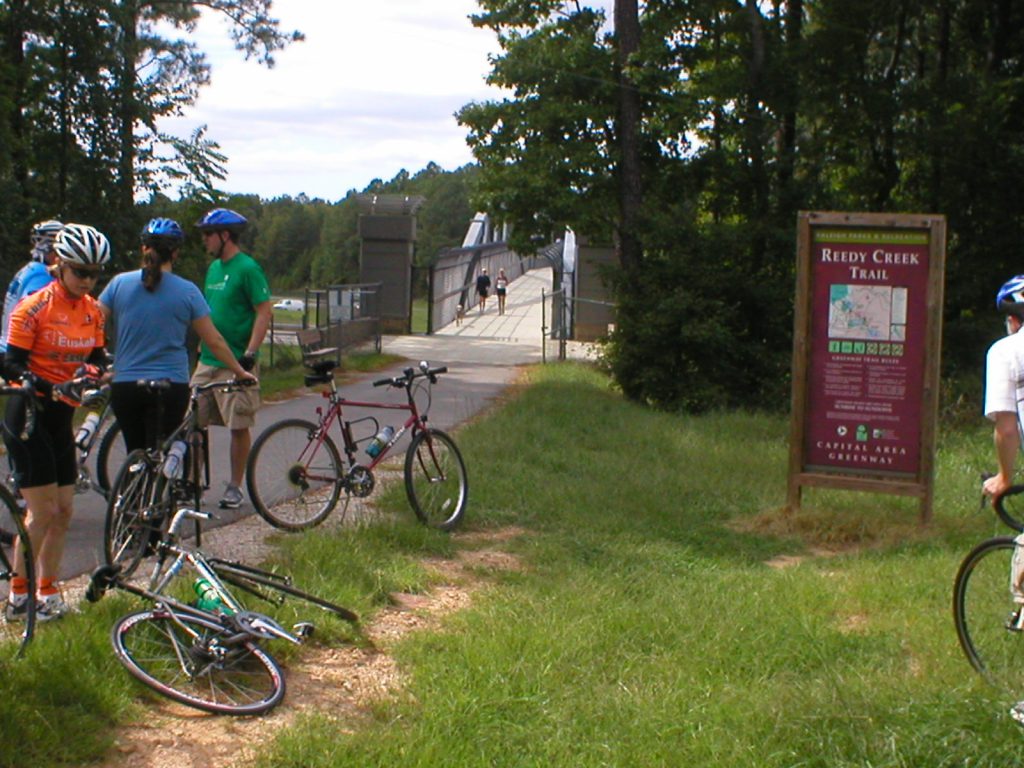